NOW AVAILABLE!! The Dragon that Old Serpent came boldly and arrogantly into the Paradise of Eden.  His intent and design was as cunning as it was evil!
Who has not heard his raspy hissssssss and felt his allure?
Who was this shining one, who could so bedazzle and confuse our first mother?  How did his words beguile her?  What hook did he use?  What did she forget?  Why did Adam follow in her treason?  What caused him to succeed?  Why did a third of the angels follow him to their ruin?
How can we resist such a one?

This book is dedicated to all Overcomers of all ages!  Overcomers we are called and Overcomers by the Blood of Christ we shall be!
We will look at this vile entity and his minions, examine his past and see his future!
Be advised, we must know our enemy, how he operates and the means of defeating him.  Innocence and naivety did not keep Eve from being susceptible to his influence and charm. Remember, she was also sinless when they began their conversation!  What devastation and destruction followed that foolish mistake!
Many have believed if they just ignored Satan and his devices and stayed positive, they could avoid his snares.  Not so!  The Word of God warns us to be diligent in our daily walk and life.
This is war, Brethren!  The Battle Field is no place for sissies or cowards!!!  Know your enemy, know your weapons and obey your Commander and Lord! 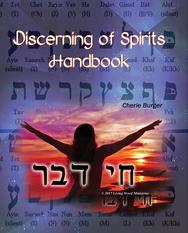 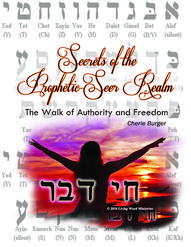 Be sure to visit our STORE. Check out the DVDs and the variety of books and material for spiritual growth.

REVIEW: One reader writes... "a critical book for this time and season!"

We have been in a season where the Wind of the Spirit is blowing across our world.  Dreams and Visions are being experienced by many.  The Lord is releasing mantles and gifts to empower His people to walk in victory and be overcomers in these last days.  Prophetic End Time Events seem to be unfolding right before our very eyes.  He has been maturing a company of Believers sensitive to His Spirit and hungry for His Word.  This is the time to stretch our understanding regarding the Revelatory/Prophetic-Seer gift and how it plays a part in being able to walk in our God given authority and freedom in Jesus.


Some may say, “Seer Gift, What’s that?” One minister commented, “I think of psychics when I hear the word Seer!”   Good question and comment! It is necessary to understand, if we want to progress successfully into the spiritual realm, that everything in the occult is a perversion of something in the Kingdom. There is an enemy who has attempted to counterfeit or distort everything which is of God.  This study will help in differentiating between the psychic, or New Age spiritual arena, and the genuine spiritual realm of God so we can receive and operate in the mantles and gifts He releases to empower us. 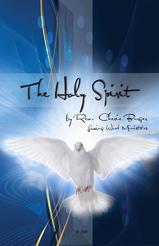 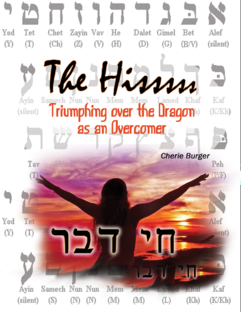 What to Expect in the Hebrew Year 5779

This book has been compiled upon request for a
useable and easily totable reference guide to Discerning of Spirits from the Holy to the ever-decaying realm of the Fallen One!
Discerning of Spirits is not so much as a technique as it is a gifting imparted by the Holy Spirit.  There are, however, things that can be done to position ourselves to receive the gifts of God.  I Corinthians 12:1-11